McHENRY COUNTY 2030 and BEYOND 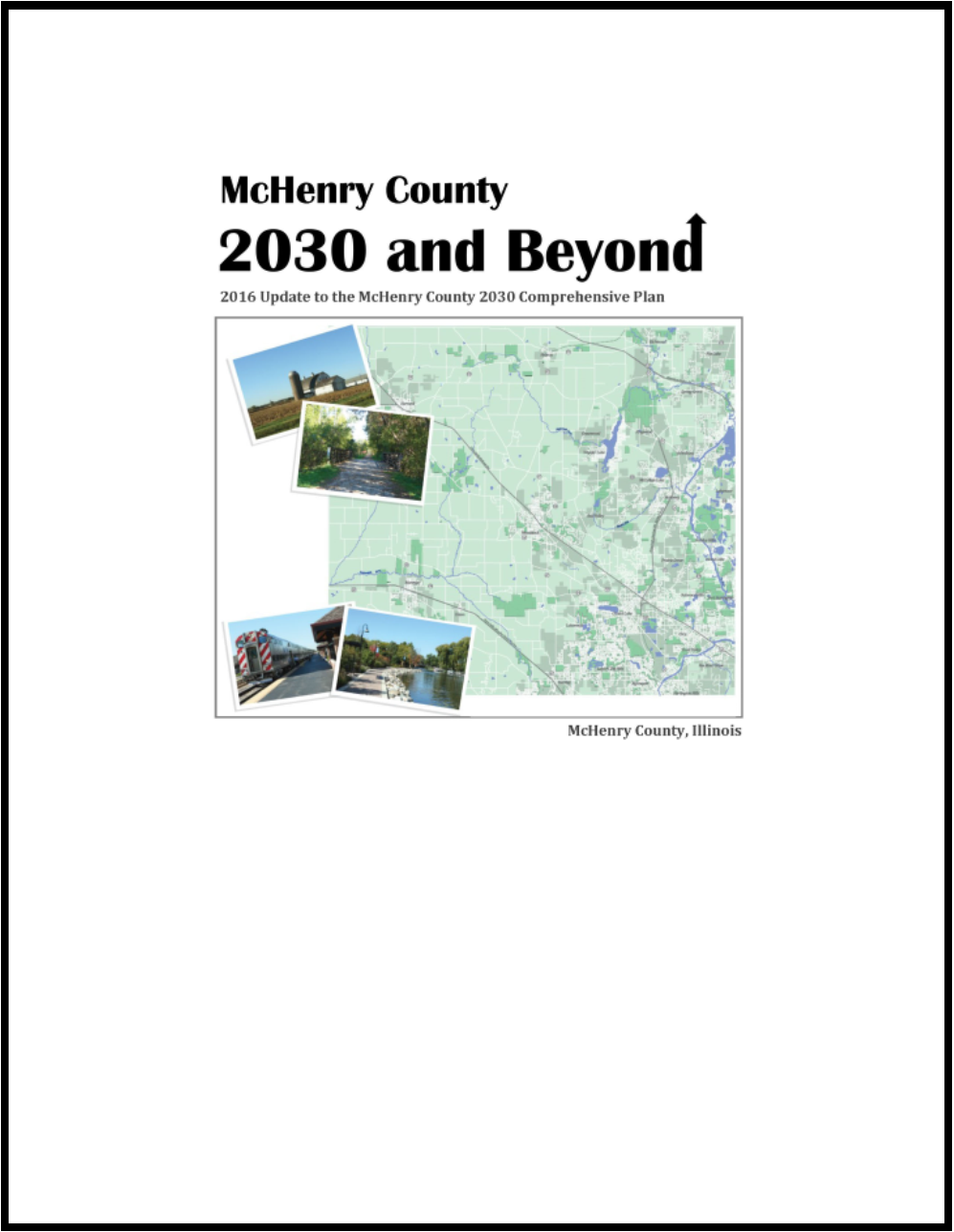 About the 2030 and Beyond Plan

McHenry County 2030 and Beyond is the review and update of the McHenry County 2030 Comprehensive Plan. In 2010, when the 2030 Plan was adopted, the County Board directed that a five-member Regional Planning Commission (RPC) review implementation of the plan in 2015 along with the county land use and population trends and recommend revisions to the plan.

Over the course of its eight-month-long review, the RPC focused on emerging trends in planning, economic development, and housing as well as the changing demographics of McHenry County—as directed by the County Board. The commission also sought to incorporate, where possible, the goals of county plans adopted in the last five years, including the 2040 Long Range Transportation Plan, the Water Resources Action Plan, the McHenry County Green Infrastructure Plan, the Comprehensive Economic Development Strategy, and the McHenry County Local Food Assessment.

During the drafting and adoption of the original 2030 Plan, debate focused on arriving at a reasonable forecast of the county’s population for the year 2030.  Estimates varied widely, ranging from 443,398 to 558,000.  Eventually, it was agreed upon that a middle-ground estimate of 495,000 be used for the plan.

By 2015, population estimates came to about 307,000 for that year, and it was apparent that the 2030 future forecast was too high.  However, instead of working toward a new population forecast and altering the Future Land Use Map, the RPC concluded the plan and map need not be rewritten because of flat population growth.  However, the map was updated to incorporate additional environmental resource areas, sensitive groundwater areas, and revised municipal boundaries. No further changes have been made to the map.

In terms of policies, the updated plan sets forth four themes, called “Big Ideas” to guide land use and development in the county through the year 2030 and beyond.  These themes are: 1) Let’s make our communities active, healthy, and green; 2) Let’s build on our strengths; 3) Let’s grow smarter; and 4) Let’s expand our economy.  Implementation strategies follow each of these themes to provide further guidance toward their achievement.

The 2030 and Beyond Plan and the 2030 Comprehensive Plan are both valid and are intended to be used in tandem.  Both documents shall again be revisited following the 2020 Census.

« Return to Plans and Planning Documents «