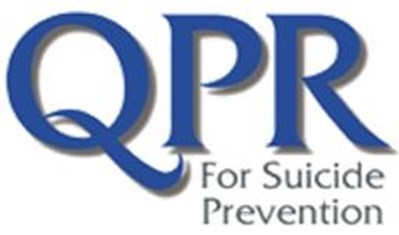 The Mental Health Board in partnership with the Community Foundation for McHenry County offers QPR Gatekeeper Training for Suicide Prevention to McHenry County.

Across the country nearly 45,000 people die by suicide each year.

In the last 2 decades suicide rates have increased across the U.S. by 30%.

Death by suicide is a national problem. It touches all ages and backgrounds. Mental health professionals agree that people who think about taking their own lives feel trapped by what they perceive as a hopeless situation, feel cut off by life and friendships, and they want to end what they perceive as unbearable pain. The causes are complex and the pain is real, and regardless of the often unanswerable “why,” most suicides leave behind people who suffer intense grief.

Suicide In McHenry County Is A Critical Concern

You Can Make a Difference!

At the community level, both lay citizens and professionals must work together to achieve two common goals: a greater sense of shared responsibility for the prevention of suicide and a greater sense of community competence in learning the skills necessary to prevent suicide attempts and completions.

What can “you” do to help?  Fortunately, strong evidence shows that a comprehensive public health approach is effective in reducing suicide rates. Just as people trained in CPR and the Heimlich Maneuver help save thousands of lives each year, people trained in QPR learn how to recognize the warning signs of a suicide crisis and how to question, persuade, and refer someone to help. Each year thousands of Americans, like you, are saying "Yes" to saving the life of a friend, colleague, sibling, or neighbor.

Who should take QPR training?  School staff, social workers, first responders, public officials, faith communities, staff of parks and recreation; anyone who works with people, regardless of their field of employment, can benefit.

How much time does the training require? In a little over an hour, people can learn to recognize the warning signs that someone may be contemplating suicide. “Gatekeepers” are trained to recognize persons who may be at risk of suicide, persuade them to seek and accept help, and refer them to appropriate resources.

What is the cost?  QPR trainings are sponsored by the McHenry County Mental Health Board, the Community Foundation for McHenry County, and volunteer instructors. Trainings are offered at no cost to the community.

Read more about the QPR program
Visit the website at www.mchenrycountyqpr.org
Contact the Mental Health Board at 815-455-2828 or [email protected]