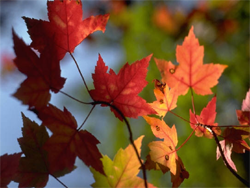 If you live in a city with more stringent restrictions, the more restrictive rules apply.

Landscape waste is defined as "All accumulation of grass or shrubbery cuttings, leaves, flowers and weeds."

History of the Open Burning Forum