The most common tick in Illinois is the American Dog Tick, also known as the Wood Tick.  Unfed males and females are reddish brown and about 3/16" long.  After feeding, the female will become about 1/2" long (about the size of a small grape), and have a large silver colored spot behind the head.  Males have silver lines on their back and do not get much larger after feeding.

Although uncommon in Illinois, the American Dog Tick can transmit Rocky Mountain Spotted Fever, Tularemia, and possibly Ehrlichiosis to humans. 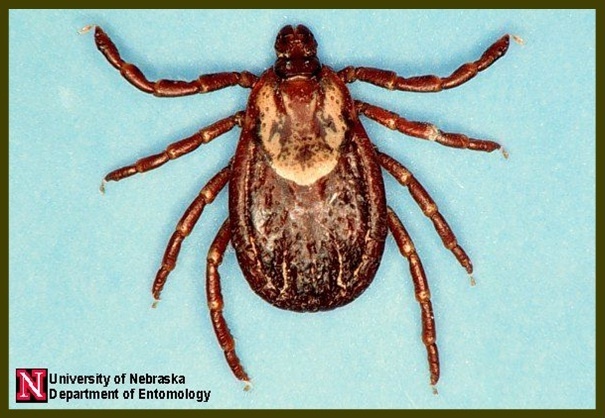 The Lone Star Tick is found primarily in the southern half of Illinois.  The larva is very small, about the size of the period at the end of this sentence.  The nymph is about pin head sized.  Adult Lone Star Ticks are about 1/8" long and brown.  The adult female has a white spot on the middle of its back.  They are often mistaken for the Black-legged or Deer Tick because they are so similar in size.  The Lone Star Tick is most active from April through the end of July. 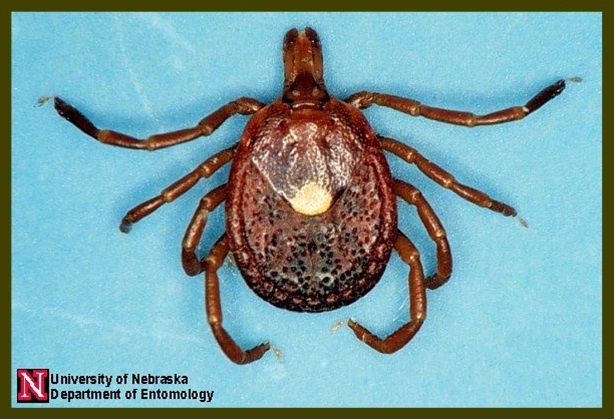 The Black-legged Tick, commonly known as the Deer Tick, can be found in wooded areas along trails.  The larvae and nymphs are active in the spring and early summer.  Adults may be active in both spring and fall.

The Black-legged Tick is a three host tick (feeds on three different hosts during its two year life cycle).  If a larva or nymph feeds on an animal infected with Lyme Disease, it can become infected and can pass the bacteria to other animals and humans during subsequent feedings.

The Deer Tick is established along the river corridors of Illinois and can be found in most Illinois counties.  Illinois residents are more likely to encounter Deer Ticks while traveling to Wisconsin, Minnesota and the northeastern states. 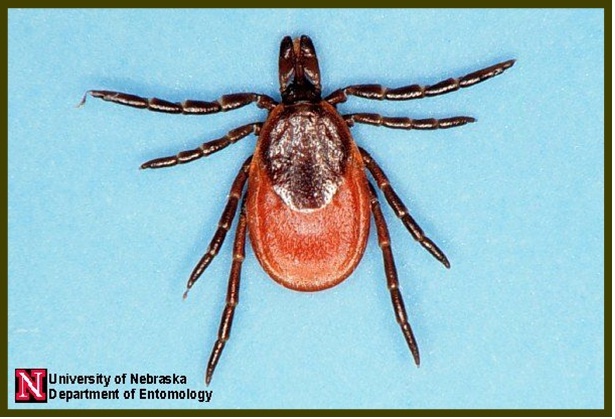 The Brown Dog Tick, also known as the Kennel Tick, is found throughout the U.S.  This tick feeds on dogs and rarely bites people.  The adult is reddish-brown and about 1/8" long and usually attaches around the ears or between the toes of a dog to feed.  This tick does not survive Illinois winters outdoors. The Brown Dog Tick is not an important carrier of human disease.

NOTE: Pictures are magnified to highlight their markings and should not be used for size comparison.