Over time, existing diseases mutate and new diseases emerge to which humans have little or no immunity. These new or "novel" strains of existing diseases and emerging previously unknown diseases have the potential to cause a pandemic with possibly catastrophic consequences. A pandemic is an infectious disease outbreak that spreads rapidly, is global or across a wide geographical area, and has exceptionally high rates of illness. Typically, a pandemic disease is one in which a large portion of the population has never been exposed and does not have any natural immunity. 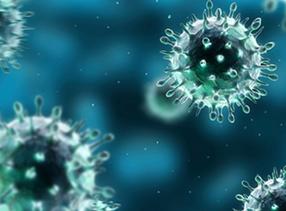 Although not all pandemics are severe, they all share the following characteristics:

Potential pandemic diseases emerge every year and require the alertness and cooperation of global public health agencies. Additionally, diseases that have been eliminated from much of the world, such as polio, measles, and smallpox may have pandemic potential.

In Illinois alone, a pandemic of even modest severity could result in thousands of deaths and millions of ill people. There could be high social and economic disruption with schools and businesses forced to shut down. With increased global travel, as well as urbanization and over-crowded conditions in some areas, epidemics are more able to take hold around the world. These diseases can become pandemics faster than ever before. An individual can travel from almost any place in the world to McHenry County in a day, bringing with them a disease from the other side of the globe. 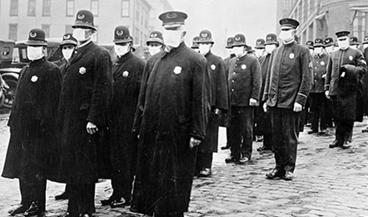 Pandemic Influenza: Influenza or flu is the most commonly recognized form of a pandemic. Pandemic flu is different from seasonal flu outbreaks. Although people are exposed to different strains of the flu virus every year, history has shown that several times each century an entirely new flu strain develops. Because no one has had a chance to develop immunity to the new flu strain, it can spread rapidly and widely. If the changed virus easily spreads from person to person a pandemic can occur. There have been flu pandemics in 1918, 1957, 1968 and 2009.

2009-2010 H1N1 (Swine) Flu:  In 2009, an H1N1 flu strain met the established definition of a new pandemic. Although not considered "severe" at the population level, H1N1 was a new strain of the influenza virus for which people had no immunity. The virus quickly spread around the globe.

1918-1919 Spanish Flu:  Approximately 90 years before the 2009 H1N1 influenza pandemic, an especially dangerous form of influenza began to appear around the world. Arising in multiple countries, the influenza pandemic of 1918 quickly spread and was ushered along due to the close living quarters of troops fighting in World War I. This pandemic, dubbed the Spanish Flu (despite the fact that it did not actually originate in Spain), affected and estimated one-third of the world population, with as many as 50 million people believed to have died.

HIV/AIDS:  As of 2011, AIDS has infected at least 60 million people and 25 million have died. The impact of this ongoing pandemic varies widely across the world - while in 2008 an estimated 1.2 million Americans had HIV, Sub-Saharan Africa alone was home to 22.9 million cases, with one in five adults infected. It is estimated that 35.3 million people were living with HIV in 2012.

The Black Death:  In the middle of the 14th century -- from 1347 to 1351 -- the Black Death remade the landscape of Europe and the world. In a time when the global population was approximately 450 million, at least 75 million are believed to have perished from the Black Death (some estimates are as high as 200 million). Estimates are that half of Europe may have died in a span of only four years. The plague's name comes from the black skin spots on the victims, which is now known as bubonic plague. 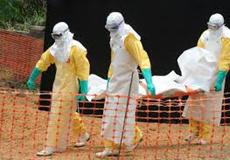 Ebola Outbreak of 2014:  The 2014 Ebola epidemic is the largest in history and affected multiple countries in West Africa. The U.S. saw several imported and locally acquired cases. Ebola is a rare and deadly disease caused by infection with one of the five Ebola virus strains. Ebola was first discovered in 1976 near the Ebola River, in what is now the Democratic Republic of the Congo. Since then, outbreaks have appeared sporadically in Africa.

Preparing for a Pandemic

Being prepared and responding effectively to a pandemic involves everyone. Recognizing that a pandemic has the capacity to cause disruptions across all levels of governments an din all communities means pandemic preparedness is a shared responsibility.

The McHenry County Department of Health has plans in place to mitigate and respond to a pandemic. We work with local and regional partners to be better prepared for these possibilities. Contingency planning for an outbreak that may occur at an undetermined time in the future is difficult, particularly in the face of limited resources and other urgent problems and priorities. However, MCDH has made it a priority because improving public health infrastructure through pandemic planning has immediate and lasting benefits, including increased overall response capacity for all threats to public health.

During a severe pandemic, public health authorities will recommend measures to help keep people from getting sick. If medicine or a vaccine is not immediately available to treat the disease, these measures are likely to be non-pharmaceutical interventions (NPI). NPI include things such as social distancing (eliminating unnecessary gatherings, avoiding crowds, staying home if ill, and not shaking hands or hugging), practicing correct hand washing, following proper cough etiquette, etc.

Resiliency during a pandemic depends on your level of preparedness. There are simple precautions you can take to make sure you are prepared in the event a pandemic occurs. These fundamental preparedness measures not only prepare you for a pandemic - they give you the advantage of being ready for any disaster. Some actions to prepare for an emergency are: educate yourself, have a plan, and make a kit. 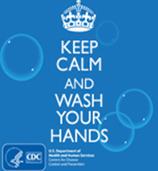 Practicing proper hygiene is one of the best ways to avoid becoming sick and to not pass germs on to others. Many illnesses are spread from person to person in respiratory droplets of coughs and sneezes (droplet spread). The droplets from a cough or sneeze of an infected person move through the air and are deposited on the mouth or nose of people nearby. Some germs are also spread when a person unknowingly touches infected respiratory droplets on a surface and then touches his or her own eyes, mouth or nose.

Washing your hands, following proper cough and sneeze etiquette, maintaining social distancing (especially staying at home when you're sick), and keeping living/working areas clean can all help you stay healthy.  Watch the "Why Don't We Do It In Our Sleeves" cough video.

For more information on pandemics, please visit the following links: