Man-made disasters are the result of human intent, error, or as a result of failed systems. They can be divided into categories such as terrorism, technological hazards, transportation hazards and environmental accidents.

The term Weapons of Mass Destruction (WMD) is often used to refer to the group of threats consisting of chemical or biological agents, or radiological, nuclear, or explosive devices (CBRNE). These are weapons that have a relatively large-scale impact on people, property, and/or infrastructure. Information on WMDs can be found here  or below in the threat-specific pages.

NTAS, which is run through the Department of Homeland Security, recognizes that Americans all share responsibility in the nation's security, and should always be aware of the heightened risk of terrorist attack in the United States. The NTAS website provides current and expired alerts as well as a sample NTAS alert.

Bioterrorism is the deliberate release of viruses, bacteria, or other germs (also known as “agents”) used to cause illness or death in people, animals, or plants.  Learn about bioterrorism and bioterrorism agents.

Explosions can occur by accident or as the result of malicious intent. Bombs, explosives or other incendiary devices are one of the most common methods used by terrorists to inflict harm and create fear.  Although the purpose behind many bombs is to cause harm and destruction through an explosion, bombs can also be used to disperse chemical, biological, incendiary and nuclear agents. This link  will provide you with more information. 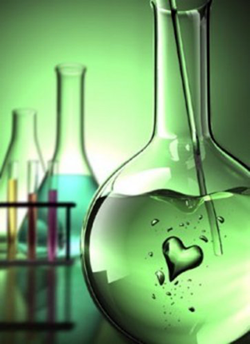 A chemical emergency occurs when a hazardous chemical (gas, liquid or solid) has been released and the release has the potential for harming people’s health. Chemical releases can be unintentional, as in the case of an industrial accident, or intentional, as in the case of a terrorist attack.  Learn about different types of chemical agents, and how to stay safe during a chemical emergency .

A cyber-attack is a deliberate and malicious technological assault on a computer information system, infrastructure, network, or personal device (e.g. computer, smart phone, or tablet). Cyber criminals steal, alter or destroy their target by hacking into computer systems. Visit the Department of Homeland Security (DHS)  and US Computer Emergency Readiness Team  for more information.

Radiation is a form of energy that travels in waves or high speed particles. A radiological emergency may be an intentional event (e.g. “dirty bomb”) or an accidental release of radiological material. If a radiation emergency occurs, you can take actions to protect yourself, your loved ones, and your pets. Follow this link  to learn more about radiological emergencies.

More than 3,400 Americans die each year in fires and approximately 17,500 are injured. An overwhelming number of fires occur in the home. There are time-tested ways to prevent and survive a fire. It's not a question of luck. It's a matter of planning ahead. To learn about how to be prepared before, during, and after a fire visit the Red Cross  and FEMA.

For more information on terrorism and man-made disasters, please visit the following links: